What happened to Sacheen Littlefeather? Actor rejected Oscar in 1973 on Marlon Brando’s behalf 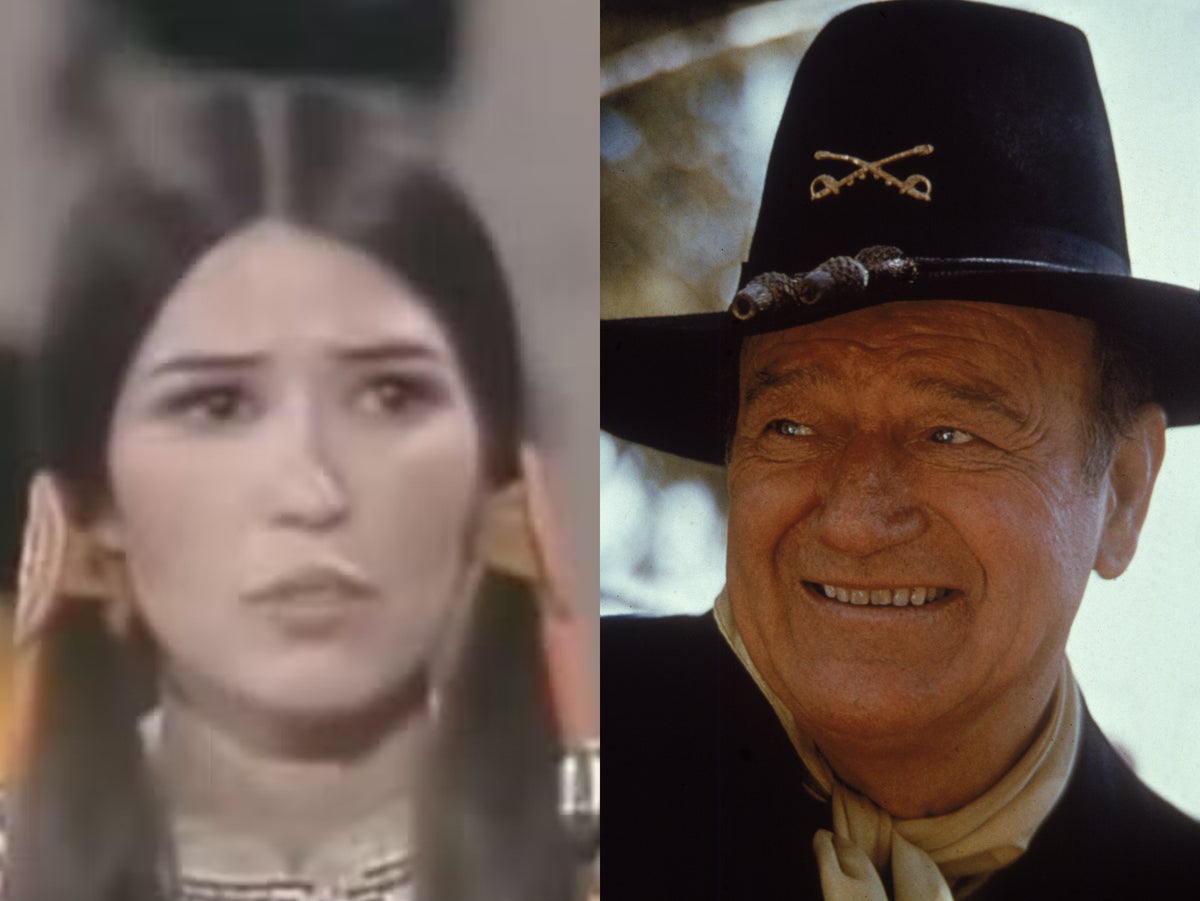 Sacheen Littlefeather has received an apology from the Academy of Motion Pictures Arts and Sciences for the abuse she endured over her 1973 Oscars speech.

The actor and activist graced the stage on Marlon Brando’s behalf after he was awarded Best Actor for his portrayal of Vito Corleone in The Godfather.

In a powerful speech, she rejected the award as part of Brando’s protest of Hollywood’s depictions of Native American people. The gesture also intended to highlight the events at Wounded Knee, South Dakota, where a massacre of Native Americans took place in 1890, and where protests were ongoing.

At the time, her remarks were met with some sounds of support, as well as boos from those who disagreed with her taking a political stand at the ceremony.

According to the actor, someone who took particular offence to her stance was Western film star John Wayne. In many of his pictures, he starred as a cowboy who was consistently at odds with Indigenous characters.

“During my presentation, he was coming towards me to forcibly take me off the stage, and he had to be restrained by six security men to prevent him from doing so,” she told The Guardian in 2021.

Now, 49 years after the event, the board behind the Academy Awards has issued an apology to Littlefeather.

In response, the actor expressed her happiness in her mistreatment being acknowledged, nearly five full decades later. “This is a dream come true,” she said in a statement. It is profoundly heartening to see how much has changed since I did not accept the Academy Award 50 years ago. I am so proud of each and every person who will appear on stage.”

Littlefeather, who starred in films The Laughing Policeman, The Trial of Billy Jack and Johnny Firecloud, has previously stated that after rejecting Brando’s Oscar, she was essentially blacklisted from the entertainment industry. After appearing in Shoot the Sun Down in 1978, Littlefeather didn’t act in an onscreen project again.