Mediumrare Entertainment released this Collector’s Edition Blu-Ray this month with a bunch of must-see features but sadly a pretty picture doesn’t make for a good movie as we bring you this The Munsters review. 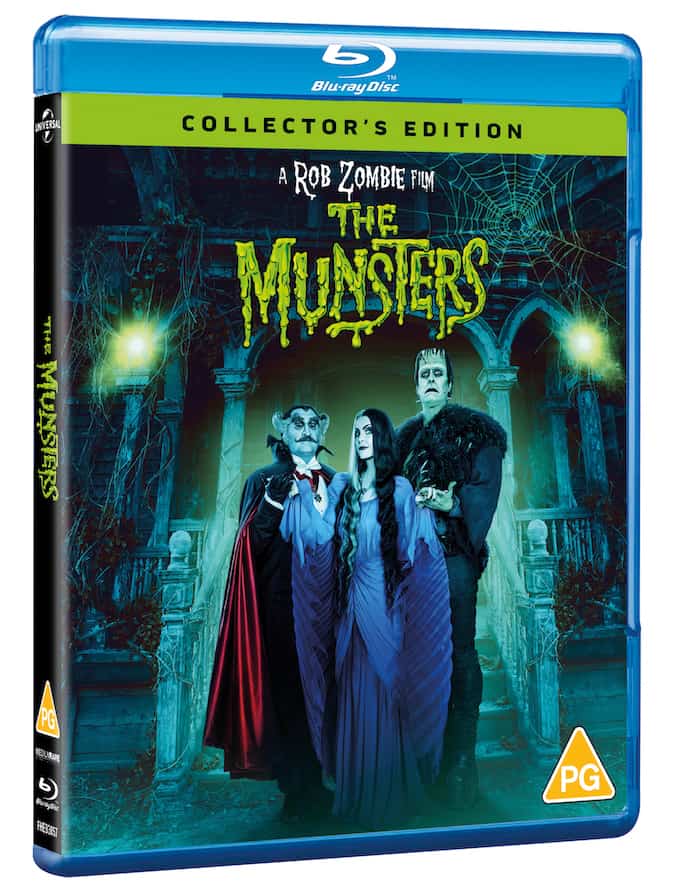 Lily is just your typical 150-year-old, lovelorn vampire looking for the man of her nightmares . . . that is until she lays eyes on Herman, a seven-foot-tall, green experiment with a heart of gold. It’s love at first shock as these two ghouls fall fangs over feet in this crazy Transylvanian romance. Unfortunately, it’s not all smooth sailing in the cemetery as Lily’s father The Count has other plans for his beloved daughter’s future, and they don’t involve her bumbling beau Herman.

From writer/director Rob Zombie (The Devil’s Rejects) comes the strangest love story ever told! Based on the beloved TV series from the 1960s about a family of friendly monsters trying to fit in, Zombie’s version features Sheri Moon Zombie (Halloween)and Jeff Daniel Phillips (Westworld) as Lily and Herman Munster, and Daniel Roebuck (Final Destination) as The Count. The cast also includes Doctor Who himself, Sylvester McCoy, as Igor, Lost star Jorge Garcia, and genre superstar Cassandra Peterson, better known as Elvira, Mistress of the Dark. 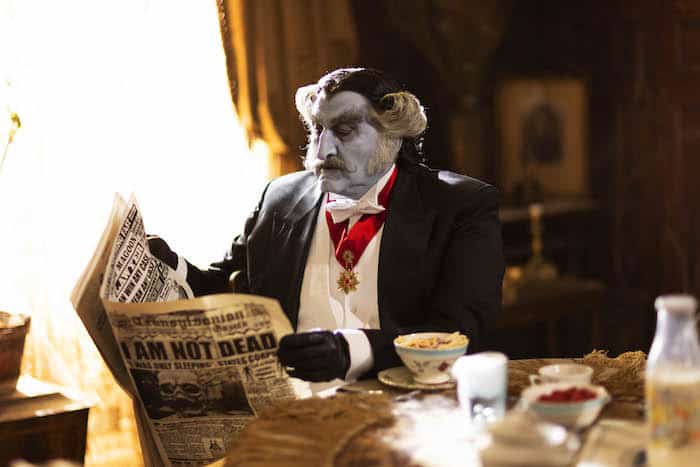 If I kept The Munsters review short I’d just say, The Munsters is a trash movie. There are no two ways about it. The fact that some critics have given this movie more than a three star rating already confirms to me that those industry folk will kiss the ass of anyone for clout.

Averaging a generous 4 out of 10 from the public on IMDB is certainly more in line with what The Munsters offers here but The Munsters does have something in its favour and that is the set design. 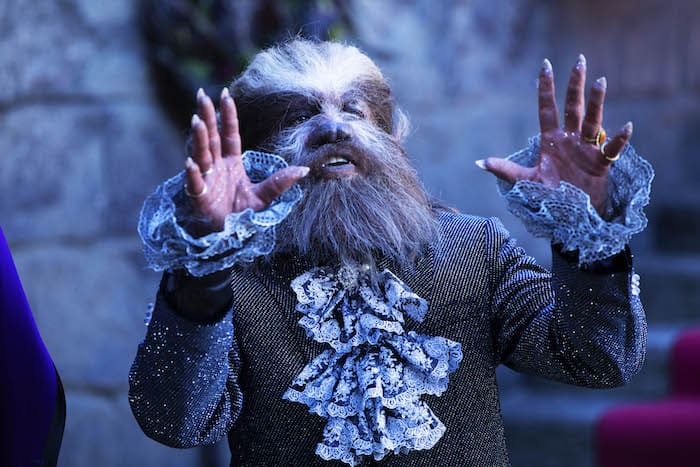 The film is beautifully shot as the sets absolutely sparkle on screen and in Blu Ray the sets are absolutely astounding to look at. We rarely appreciate good set design in a movie as it often goes overlooked in the way of storyline, acting and more but with The Munsters, everything else is so lacking in that department that I’m simply watching just to drool at the beautiful sets on display.

The Blu-Ray copy of the movie is phenomenal to watch on a nice 4K TV as the vibrant imagery and effort that has gone into crafting the sets can truly be appreciated.

A film that tries a little too hard to deliver a vintage feel The Munsters feels clangy, tacky and amateurish at best, it’s almost quite embarrassing to witness from a script and deliverance perspective with performances reminiscent of an old slapstick comedy or today’s generation of vlogger acting for views.

There is one character that stands out performance-wise though however and that is Herman, a dim-witted individual (a perfect summary for the movie) who just about has me feeling sorry for him at one point as he lumbers himself around making mistakes after being created with a comedians brain instead of his brother, a world-famous mastermind. 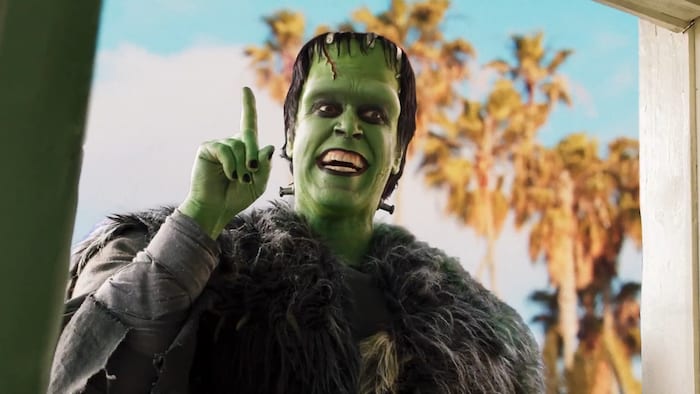 Jeffrey Daniel Phillips absolutely nails it as a lab creation torn between rock star, loser, idiot and comedian. He’s almost so embarrassing to watch that he becomes captivating despite one-liners getting real old real fast.

Even the almighty Richard Brake can’t save this blithering dumpster file and Sheri Moon Zombie certainly tries her best but apart from Devil’s Rejects I can’t recall one single performance that’s been noteworthy from her ever since (Sorry). 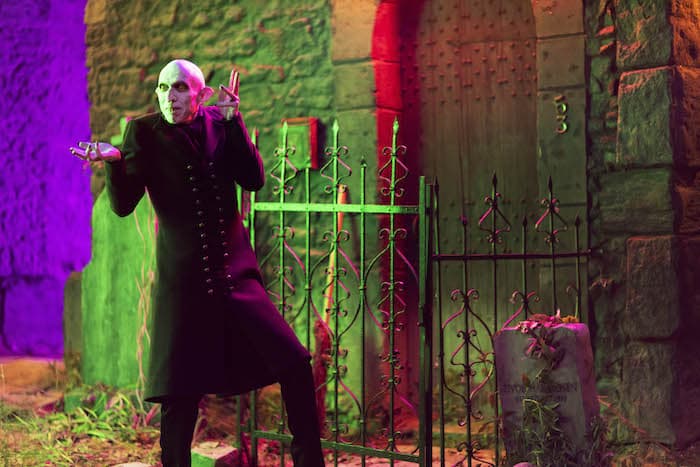 Sadly, this film falls flat on its face outside the realms of its visuals. For a brief moment, the film finds its wings as the count, Herman and Lily (Sherri Moon) become homeless and they have to up sticks to Hollywood but this is at the tail end of the movie and the second it starts to become watchable it ends.

Obnoxiously set up for a potential sequel The Munsters is a film I’d rather not watch again let alone even bring myself to muster the energy to watch another half-arsed instalment.

The Munsters review by Sean Evans

An absolute dumpster fire of a movie where the storyline is sacrificed for set design and whilst it’s absolutely beautiful to look at there’s not much else to it. The Munsters is a film where you absolutely need to judge the book by its cover as those pages are just smothered in s**t.