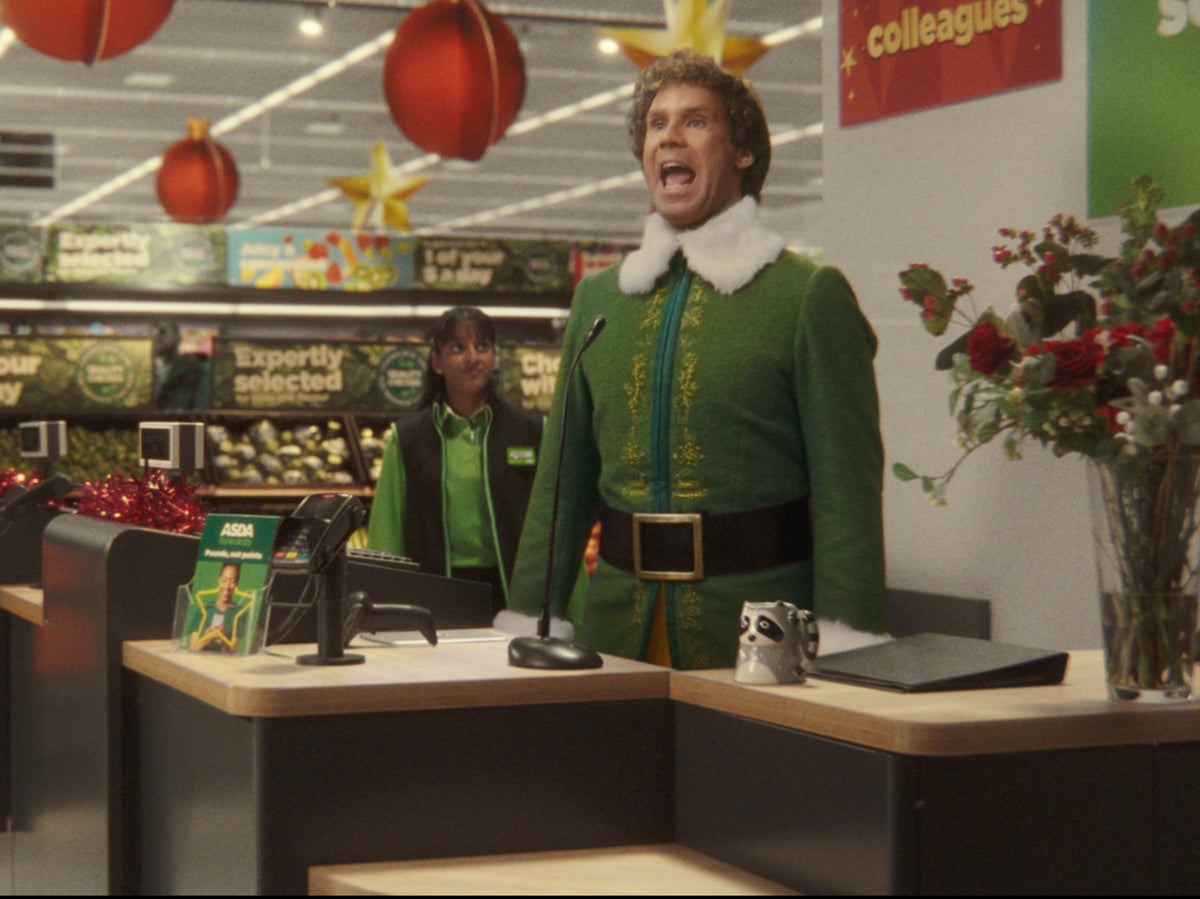 Fans of the 2003 Christmas classic Elf will be delighted when Buddy the Elf returns to screens for the festive season in Asda’s new Christmas advert.

Original footage of Will Ferrell reprising his role as the adoptive elf features in the 90-second advert, bringing Buddy’s overexcited approach to Christmas to the retailer’s store.

Asda’s short will premiere on Friday 4 November at 8.45pm on ITV1 during the Coronation Street ad break.

It opens with a nod to a scene in Elf where Buddy crosses a street in New York and is nearly hit by a black-and-yellow cab – except this time, it’s a train of Asda trolleys.

Buddy is set to start a trial shift at the shop, and experiences Asda’s Christmas offerings with the same wide-eyed wonder that endeared him to fans in the original film.

He marvels at Asda’s mince pies, eats all the free maple pig in blankets samples, distracts his colleagues with his big Christmas plans, and sings loudly over the store Tannoy system.

When the shop closes, Buddy sets about decking the aisles and the rest of the shop floor with fairy lights and festive decorations.

He also renames the self-checkout tills “elf checkouts”, before running towards and hugging the large Christmas tree in the store. He then settles down for the night among its branches.

The next morning, Buddy’s colleagues enter the store and are entranced by his decorating efforts, securing him the job.

He celebrates by running excitedly out of the store, only to run straight into the same shopping trolleys he encountered on the way in.

Sam Dickinson, acting chief customer officer at Asda, said: “Like Buddy, we absolutely love Christmas – so we’re thrilled to welcome him to our team.”

He added that 2022 has been a “tough year for so many people” and said that Asda hopes to “create some little moments of joy for families this year” with the festive campaign.

“We hope that with a little bit of help from Buddy, our joy-filled Christmas offering will create some festive magic and helps give families a Christmas to remember together,” he said.

The supermarket giant has also pledged to give a “special festive surprise” to five different community groups, which have not yet been revealed, and will collect toys for children’s charities as part of its gift appeal.

Asda licensed Buddy the Elf from Warner Bros, which owns the distribution rights to the film.