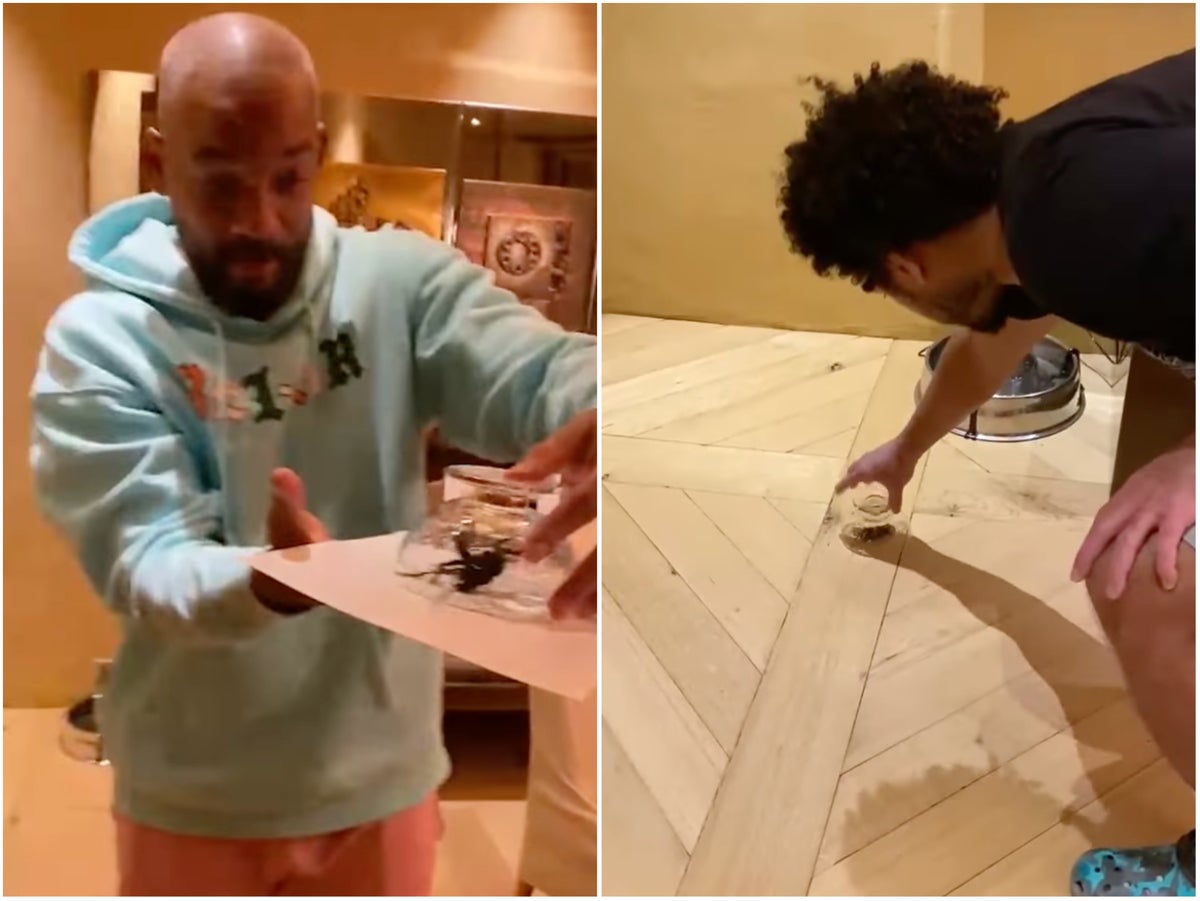 Will Smith has shared a new clip where he and his son Trey capture a “tarantula” they spotted walking around their Southern California home.

Over the weekend, the 53-year-old actor shared a video of him and Trey, 29, trying to corral the “biggest” spider they’ve “ever seen”.

“What the whole hell? That is a big-a** spider!” Smith was heard screaming in the video.

The Oscar-winning actor then put his son in charge of getting rid of the arachnid.

“C’mon, you’re young and strong,” he tells Trey jokingly. “You can handle the bite.”

Trey responds by giving Smith an “are you serious” stare.

The King Richard star eventually managed to trap the spider under a glass.

In the next clip, Smith is seen holding the tarantula inside the glass cup using a piece of paper.

“So that’s the biggest spider we’ve ever seen in our lives,” Trey commented, and Smith added: “I don’t like it at all.”

Smith has been more active on social media in recent weeks, after four months of laying low following his hugely controversial Oscars appearance where he slapped comedian Chris Rock on stage.

Since the incident, Smith had only shared two Instagram posts – both apologising for his actions.

In his third post, made on Friday (19 August), Smith shared a short video of a young gorilla irritating a much larger gorilla by poking it multiple times in the backside.

A message added to the video said: “Me trying to get back on social.”