Win a Copy of Cobra Kai Season 4 on DVD!

We have two copies to giveaway in this Cobra Kai Season 4 competition! 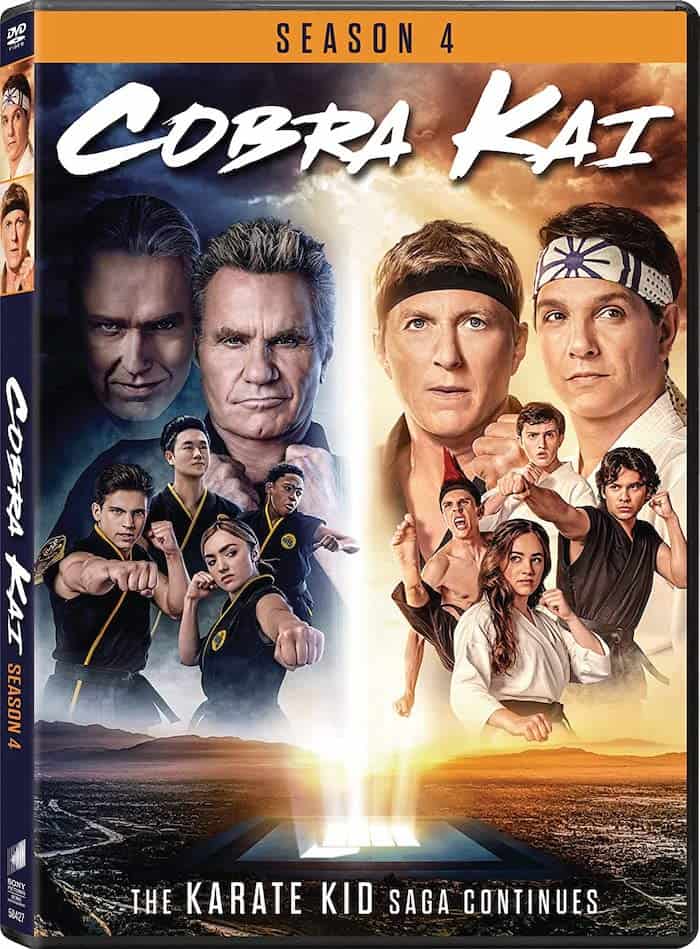 30 years after the events of the 1984 All Valley Karate Tournament, COBRA KAI Season 4 continues to follow the lives of the original Karate Kid, Daniel LaRusso (Ralph Macchio), and his ex-rival Johnny Lawrence (William Zabka), from the original legendary Karate Kid franchise. COBRA KAI Season 4 is available on DVD on 17th October from Sony Pictures Home Entertainment.

Season 4 finds Daniel and Johnny finally deciding to put their infamous rivalry aside as they are forced to work together to defeat the ever-powerful Cobra Kai, now led by John Kreese (Martin Kove).

Following the events of season 3 which left the dojos at war with each other, a precarious deal is struck and, the three dojos agree that whoever loses the next tournament will hang up their ‘gi’ forever.

The senseis and students of Miyagi-Do and Eagle Fang must unite their dojos to stop the growing violence of Cobra Kai, and put aside their long-held rivalry in an all-out battle to save the karate dynasties of the next generation.

Meanwhile, at Cobra Kai, Kreese calls in a favour from one of Daniel’s familiar foes – Terry Silver (Thomas Ian Griffith). With both teams stocking up their arsenals in preparation for the big tournament, the dojo’s fragile alliance teeters on the brink of collapse as tensions run high for the students as they choose where their loyalties lie and must navigate through ever-changing relationships.

With their previous history, it is unclear whether Daniel and Johnny will make it to the tournament as a team, or risk being defeated by Kreese and Cobra Kai – The fate of the Valley has never been more precarious.

To be in with your chance of winning a copy on DVD simply enter via the Gleam system below.

Our Cobra Kai Season 4 competition ends October 12th and is open to UK residents only.

Our DVD competition giveaway ends October 12th and is open to UK residents only.