Manchester City got their Women’s Champions League qualifying campaign off to an impressive start with a 6-0 win over Kazakh side Tomiris-Turan in Madrid.

England Euro 2022 winners Keira Walsh, Lauren Hemp, Chloe Kelly, who scored the winning goal against Germany in the final at Wembley, goalkeeper Ellie Roebuck and City captain Alex Greenwood were all in the starting line-up.

Demi Stokes was on the bench along with former England skipper Steph Houghton, who did not make the Lionesses’ final Euros squad following Achilles surgery.

Bunny Shaw gave City the lead after just four minutes when she converted a cross from Hemp before the Jamaica international headed home her second of the match in the 21st minute. 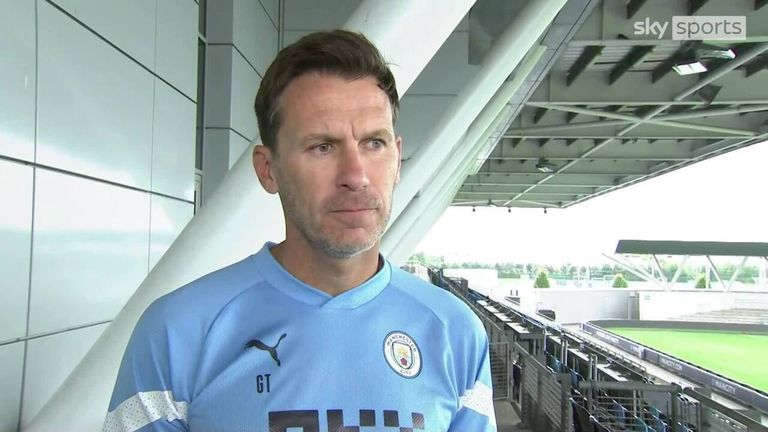 Manchester City women head coach Gareth Taylor looks ahead to the new WSL season and says he is happy with his squad despite losing some experienced players.

Hemp added a third in first-half stoppage time before City struck three more late on through Vicky Losada, Deyna Castellanos and an Aytaj Sharifova own goal.

City will go on to face Real Madrid on Sunday after the Spaniards saw off Sturm Graz 6-0.

Rangers progressed to the final of the first round mini-tournament against hosts PAOK after a double from Jenny Danielsson and a goal from Brogan Hay. 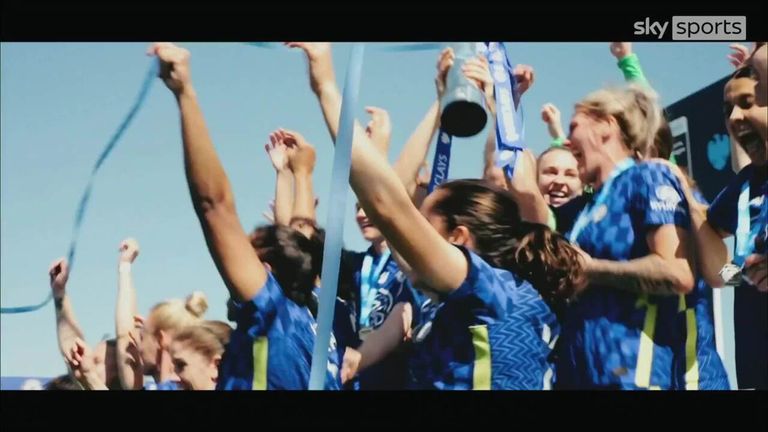 Catch all the drama from the WSL as they kick off on the 10th September, live on Sky Sports.

In LP Group 1, Glasgow City lost 3-1 against Roma at Petershill Park, where Benedetta Glionna scored twice for the Italians. City will next play Servette on Sunday.

Irish side Shelbourne won their CP Group 1 tie against Pomurje 1-0 in Slovenia.

Glentoran, though, were beaten 4-2 on penalties by Olimpia Cluj after their CP group 7 tie ended goalless in Romania.

The 2022/23 Women’s Super League season kicks off on the weekend of September 10/11, with defending champions Chelsea starting at home to West Ham.

That curtain-raising round of fixtures also features a mouth-watering match-up between the teams which finished second and third in the WSL last season, with Arsenal going to Manchester City.

Arsenal only missed out on the title by a point last season, so their home match with Chelsea on the weekend of January 14/15 – the first round of games after the WSL’s month-long winter break – and trip to face Emma Hayes’ side on the penultimate weekend of the season, May 20/21, could be pivotal.